How To Read Your Credit Report (Screenshots Included)

If you’re working to repair your credit, you need to understand who the major credit bureaus are, and what they do.

You have to think of the whole credit world—credit scores and credit reports—as one big game with its own set of rules.

And if you don’t understand the rules of the game, you’ll never win.

Credit bureaus (or credit reporting agencies) collect and resell your credit information and they have a huge impact on your financial well-being.

Who are the three major credit bureaus?

The three big credit bureaus are Equifax, Experian, and TransUnion.

Generally, the big three collect the same types of information about consumers, although their methods and data may vary slightly.

All three credit bureaus (or credit reporting agencies) record information about how people use credit, such as credit cards, car loans, mortgages, and student loans, and they also report on things like medical bills, bankruptcies, and whether a person has been referred to a collection agency.

Credit scores are such an important part of a person’s financial life that it’s hard to imagine a world without them, but credit bureaus have only been around for a little over a century.

Before credit bureaus, banks and other lenders loaned money largely based on character. Simply put, if the bank representative thought you were a decent person with a good reputation, they would probably agree to loan you money.

In those days, background checks consisted of asking around for personal references, or maybe stopping by an individual’s home to see how they lived.

Over time, as people moved off farms and into cities, banks needed a better way to assess a person’s creditworthiness.

Businesses started keeping records on their customers, recording who paid and who didn’t.

These early precursors to the credit bureaus became popular among banks and other lenders, who began buying access to their records.

Equifax was founded in 1899 when it was called the Retail Credit Company.

In its early decades, it focused mainly on collecting data on people who wanted to purchase insurance coverage.

In 1975, they changed their name to Equifax.

Experian also got its start under a different name.

Founded in a merger with Credit Data in 1968, it began as TRW Information Systems and Services.

TransUnion was formed in 1968. Its credit reporting business expanded significantly in 1969 when it acquired 3.6 million consumer records in a merger with the Credit Bureau of Cook County.

Over the years, all three major credit bureaus have undergone a series of name changes, mergers, and expansions.

The industry as a whole remained largely unregulated until the passage of the FCRA of 1971.

What do credit reporting agencies do?

The credit bureaus gather financial and personal data from a variety of places, including a person’s creditors.

These creditors—which can include credit card companies, mortgage lenders, banks, and others—make regular reports to the credit bureaus, informing them when a consumer makes their payments on time, how much money they borrow, and what kind of balances they carry.

A common misconception is that creditors have a legal obligation to report consumer data to the credit bureaus.

In fact, creditors are only obligated to report accurate information—and they can choose not to report anything at all if they wish.

Basically, the credit bureaus put a person’s credit use and information all in one place. This allows lenders to quickly and easily get a snapshot of an individual’s financial health and credit risk.

The credit bureaus make money by selling the data they collect.

While they receive a great deal of information voluntarily from creditors, the credit bureaus may also obtain information from public records, including the court system.

The reports credit bureaus compile have significant value to lenders.

With a credit report, a lender can quickly assess whether a prospective borrower is a high or low risk. Lenders can also use a person’s credit score to determine what kind of interest rate they should receive.

Who governs the credit bureaus?

But they are subject to the regulations set forth under consumer financial protection laws like the FCRA, as well as state laws that sometimes extend consumers even greater protection than federal law.

As of 2012, the Consumer Financial Protection Bureau (CFPB) is the federal government agency charged with overseeing the credit bureaus and making rules that govern the credit reporting industry.

How credit reporting agencies differ from other financial institutions

Just as the credit bureaus aren’t part of the government, they’re also not financial institutions in the usual sense.

The credit bureaus interact with banks and other lenders, but they’re wholly separate entities apart from banks, credit unions, and other financial institutions.

Likewise, the credit bureaus are closely related to FICO, but they are not the same thing.

The phrase “FICO score” is sometimes used interchangeably with “credit score.” In reality, FICO is a brand name and just one type of credit scoring system—albeit a very popular one. It’s a bit like calling all sticky bandages “band-aids.” There are many variations of the product, but one is a popular brand name.

Created in by Fair Isaac Corporation (FICO) in 1981, a FICO score is one of several credit scoring models designed to help calculate your level of risk. This is the three-digit number between 300 and 850 you see when you check your credit score.

FICO calculates your score based on several factors, including payment history, total debt, credit history, credit types, and the number of inquiries.

You can get your FICO score directly from myFICO. When you obtain your credit report from one or more of the three credit bureaus, the score you see might be a little higher or lower than your FICO score—this is because each bureau has its own proprietary scoring system.

Your right to receive a free credit report

In 2003, Congress passed the Fair and Accurate Credit Transactions Act (FACTA) as an amendment to the FCRA. Under FACTA, consumers have the right to receive one free credit report from all three credit bureaus once every 12 months.

To get your free credit report, visit www.annualcreditreport.com,or you can also order your report by phone by calling (877) 322-8228.

Under the law, you can get each credit report separately, or all three reports from the three credit bureaus at once.

When you get your free credit report, it’s important to check your information from all three credit bureaus. This is because not all creditors report to all three bureaus, so one report might contain different information compared to another.

Your right to dispute inaccurate information

According to the Federal Trade Commission (FTC), 1 in 5 consumers has an error on their credit report. Common errors include things like inaccurate personal information, such as a wrong address.

While this may seem somewhat harmless, it could mean that the credit bureau has you mixed up with someone else—or that an identity thief has stolen your information. If you see an inaccurate address or other incorrect personal details, you should dispute file a dispute.

If you see an error, you should dispute it. In fact, the right to dispute credit report errors is guaranteed under the FCRA. While the credit bureaus are legally obligated to correct mistakes, it’s up to the consumer to spot them.

You can conduct a dispute by phone, through the mail, or online. Here is the contact info for each credit bureau’s dispute department:

Other rights under FCRA & FACTA

In addition to your free credit report, you have a number of rights under the FCRA and FACTA. Lenders and creditors are bound by the regulations under these consumer protection statutes, which give consumers certain rights.

Placing a fraud alert or security freeze with the credit bureaus

Did you know that in 2017, over 16.7 million people were victims of identity fraud? Even one stolen credit card can seriously affect your credit score, and the recovery process can take months and sometimes years.

The first step is putting a fraud alert in place.

This lasts for 90 days, and it requires creditors to verify your identity before extending you credit. Fraud alerts are free, and there’s an option to keep them in place for up to seven years if you feel like you need them.

A credit freeze, on the other hand, prevents new lenders from accessing your credit report.

If you want to give an individual lender access, you’ll have to “unthaw” your credit file for each prospective lender—this can be something of an inconvenience, but it might be necessary if you’ve been the victim of identity theft.

Why credit reporting is ultimately a good thing

Not everyone is a fan of the credit reporting industry: critics state that linking a person’s borrowing ability to their credit score can trap people in a cycle of poverty. When you have bad credit, it can be difficult to buy a car, rent an apartment, or even find a job.

On the other hand, supporters of credit reporting say it has its advantages.

For one thing, the current system is an improvement over the old days of lending based on community standing or word of mouth. Under that system, lenders could discriminate based on race, gender, and many other factors. Modern laws regulate what kinds of information the credit bureaus can collect.

Additionally, some experts argue that credit reporting opens the door for a larger available pool of consumer loans through securitization, which combines many individual debts into a larger asset pool. For example, a bunch of different mortgages might be bundled together.

From there, investors can purchase shares from the whole bundle and receive income from the general pool. This lowers their overall risk, as the investors aren’t dependent on one mortgage being paid on time every month.

Because lenders can shift some of the risk to outside investors, they can then free up more funds for additional lending.

While not everyone agrees that credit reporting is worthwhile or particularly fair, it’s safe to assume the system is here to stay.

Although you can’t stop your creditors from reporting your information, you can definitely control what that information looks like by following good credit best practices like paying your bills on time, paying attention to your credit utilization, and having the right mix of credit types in your credit file. 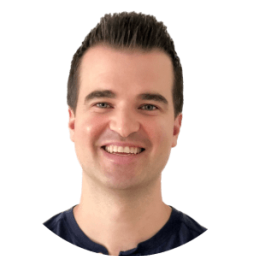